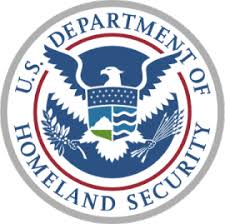 Here for your protection…stay calm.

“…Authorities have not said precisely when the testing will occur, except to say that it will happen this summer (2012) and continue periodically for about six months…”

Here is a post I did back in May, on a little reported DHS “exercise”, but again, it’s all a coincidence.

That, my friend, is a whole lot of coincidences.

You can read the original post I did at http://therabbithold.blogspot.com/2012/05/homeland-security-to-release-bacteria.html

CAMBRIDGE – The federal government is planning to release small amounts of dead bacteria in subway stations here (i.e., Boston) and in Somerville beginning this summer to test sensors designed to detect biological agents unleashed in terrorist attacks. But some people voiced skepticism over the initiative during a public meeting Wednesday about the program.

The US Department of Homeland Security will release a type of bacteria that, when alive, is commonly found in soil and food and cleaning products, inside the Davis, Harvard Square, and Porter Square stations, DHS scientist Anne Hultgren said during a meeting at the Cambridge YMCA in Central Square.

Authorities do not believe the small amounts being used pose threats to anyone, regardless of their health condition.

Hultgren said DHS will run tests to see if new biological sensors that the agency developed can detect the bacteria, which will only be released when the stations are closed.

And, she said, signs will be posted in the stations, where the sensors have been installed, in advance of any testing.

Authorities do not believe the small amounts being used pose threats to anyone.

Officials said that while there is no known threat of a biological attack on subway systems in the Boston area or elsewhere, the systems are vulnerable to such a strike.

The testing will help DHS determine if the new sensors can quickly detect biological agents in order to trigger a public safety response as soon as possible, officials said.

But some attendees at Wednesday’s meeting – which was held by the DHS, the Massachusetts Bay Transportation Authority, and state and local health officials – had concerns.

Nancy Brothers, 62, of Cambridge said she read that the bacteria being used, Bacillus subtilis, could be harmful to people with health problems. But officials reiterated that they believe the bacteria poses no health threats.

Other attendees worried about data from the study falling into the wrong hands and said federal funding allocated for the testing could be used for more pressing public health problems.

Authorities have not said precisely when the testing will occur, except to say that it will happen this summer and continue periodically for about six months. The initiative – which the MBTA and state and local public health officials will also monitor – follows related testing conducted in the MBTA subway system in 2010.

The public can comment on the new testing until June 15 by sending an e-mail toMBTATest. More information is available at FONSI for Bio Aerosol Testing in Boston