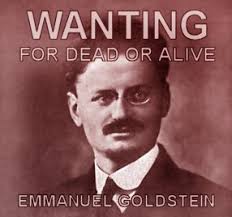 In recognition of Zero Dark Thirty, a movie that lies about torture and Bin Laden, here is something you might not know about the Bush family and Bin laden family: From Der Spiegel: (http://www.spiegel.de/international/spiegel/meet-the-bin-ladens-osama-s-road-to-riches-and-terror-a-359690.html) “…Salem bin Laden (Osama Bin Laden’s brother) established the families company’s ties to the American political elite when, according to French intelligence sources, he helped the Reagan administration circumvent the US Senate and funnel $34 million to the right-wing Contra rebels operating in Nicaragua. He also developed close ties with the Bush family in Texas….In 1988, Salem died in a plane crash near San Antonio, Texas, when the aircraft he was piloted became entangled in a power line….”

And you have  this from the Denver Post (9/12/2006): “…Bush claimed we’d bring back Osama bin Laden “dead or alive. But the more we learn about the ties between the Bush family and the bin Ladens, questions like this one pop up: Did Bush really want to capture him? Was this because of President George Bush’s close ties to the bin Laden family? In 1978, Bush and Osama bin Laden’s brother, Salem bin Laden, founded Arbusto Energy, an oil company based in Texas. Several bin Laden family members invested millions in The Carlyle Group, a private global equity firm based in Washington, DC. The company’s senior advisor was Bush’s father, former President George H.W. Bush. After news of the bin Laden-Bush connection became public, the elder Bush stepped down from Carlyle. Interestingly, on Sept. 11, 2001, members of the Carlyle Group – including Bush senior, and his former secretary of state, James Baker – were meeting at the Ritz Carlton Hotel in Washington, D.C., along with Shafiq bin Laden, another one of Osama bin Laden’s brothers. While all flights were halted following the terrorist attacks, there was one exception made: The White House authorized planes to pick up 140 Saudi nationals, including 24 members of the bin Laden family, living in various cities in the U.S. to bring them back to Saudi Arabia, where they would be safe. They were never interrogated. Read more: Bush ties to bin Laden haunt grim anniversary – The Denver Posthttp://www.denverpost.com/rodriguez/ci_4319898#ixzz2IMLSqBqg

From my own posting on the Bin Laden’s leaving the U.S, we have this: “…The “She” is Virginia Buckingham, Head of all Massachusset’s transportation facilities, including Boston Logan Airport. This is from the FOIA released documents about the 911 commissions investigation (bet you never heard this on the news). Note the comment from the State Dept when they were asked about the flight. Post-9/11 Flight to Saudi Arabia[U] She was aware of the charter flight from Saudi Arabia that left from Boston containing Saudi officials and Bin Laden family members. Her recollection was that it happened on September 19th, after the airspace was reopened. She recalled that there still may have been a restriction on aircraft flying in from certain countries. Buckingham wanted to make sure it was properly cleared and her concerns were over who was to fly out and whether the security rules were being flouted. She recalled that the flight came to Boston from Canada. Kinton called the State Department etc and the response he got was to “let them go.” She was also told there was going to be FBI “observation” of the flight.Later she read that the flight had made many stops around the country.Yeah, truth and facts are something we in American do not need…it get’s in the way of patriotism and myth-making…but a fact is still a fact…