Inconvenient Truth #42a: Don’t look behind that curtain… 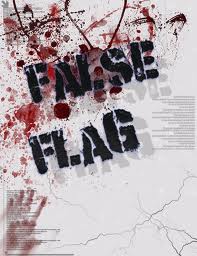 In the past week or so, there has been an almost hysterical cry from both sides of the aisle in the US Government saying Syria has used chemical weapons, crossing the “red line” of non-intervention by our government.

Attack dogs Lindsey Graham and John McCain have been drumming the war drum for us to attack Syria with our vaunted Herculean warriors, the Drone Operators (who sit in a cushy armchair like Dr. Strangelove in the U.S., and kill indiscriminately)…

And yet, it’s not true…the U.N. just released a report stating that, in fact, it is the SYRIAN REBEL FORCES (aka like Star Wars, the Rebel Forces are the “good guys”) who actually used the Sarin Gas.

In this report from The New Yorker Magazine (and other places on the net), we find it was NOT the Syrian Government, but the Al Qaeda (read – CIA) “terrorists” Rebels who released the agent.

Here is a report from French News detailing the exact same thing.

In 1984, the people were under constant threat from “Goldstein” and his revolutionaries in an unending war of Terror.  This kept them in a state of confusion and willingness to accept whatever the government told them.

We are and have been in that position for at least the last 10 years, and I hope it will end soon…

Here is the UN story:

1 Response to Inconvenient Truth #42a: Don’t look behind that curtain…