Inconvenient Truth #51: Human Brain to Brain Interface (The beginning of the end)

In the near future, there will be the capability to make manchurian candidates of anyone, any time.  In this experiment, two scientists at two different locations participated in a “Brain to Brain” interface, where one scientist “imagined” shooting a target in a video game, and the other scientist involuntarily hit an imaginary keyboard, likening it to an involuntary tic.

Where is the justification for such a capability?  This is Orwellian dystopia, where we are all subject to our mind’s being controlled by other entities, unless we are firmly ground in a belief system.
Here is the story: (courtesy of C|net)

University of Washington researcher Rajesh Rao sends a brain signal to Andrea Stocco via the Internet, causing Stocco’s right hand to move on a keyboard.

University of Washington researcher Rajesh Rao, left, plays a computer game with his mind, while across campus, researcher Andrea Stocco wears a magnetic stimulation coil over the left motor cortex region of his brain.

The telepathic cyborg lives, sort of. University of Washington scientists Rajesh Rao and Andrea Stocco claim that they are the first to demonstrate human brain-to-brain communication. Rao sent a signal into a Stocco’s brain via the Internet that caused him to move his right hand. Brain-to-brain communication has previously been demonstrated between rats and from humans to rats.

“The experiment is a proof in concept. We have tech to reverse engineer the brain signal and transmit it from one brain to another via computer,” said Chantel Prat, an assistant professor of psychology who worked on the project.

In a press release, the experiment was described as follows:

The team had a Skype connection set up so the two labs could coordinate, though neither Rao nor Stocco could see the Skype screens. Rao looked at a computer screen and played a simple video game with his mind. When he was supposed to fire a cannon at a target, he imagined moving his right hand (being careful not to actually move his hand), causing a cursor to hit the “fire” button. Almost instantaneously, Stocco, who wore noise-canceling earbuds and wasn’t looking at a computer screen, involuntarily moved his right index finger to push the space bar on the keyboard in front of him, as if firing the cannon. Stocco compared the feeling of his hand moving involuntarily to that of a nervous tic.

The mind-meld between the researchers wasn’t seamless. Rao spent time training his mind, with feedback from the computer, to emit the brainwave for moving the right hand so that it could be detected by the computer. “The intention can be as detectable as the movement itself,” Prat said. “Brain-computer interfaces have been capturing this with increasing accuracy over the last decade.”

When the software sees the right signal it is sent via the Internet to a computer connected to a transcranial magnetic stimulation device, which is positioned on the exact spot of the brain that controls the right hand. “It uses simple physics,” Prat said. “When the magnetic field changes, it induces an electrical current, so a signal is sent through the cortex of the brain and excites the neurons, simulating what happens naturally.”

Where does human brain-to-brain communication go from this simple experiment? “It’s very much a first step, but it shows what is possible,” Prat said.

“Right now the only way to transfer information from one brain to another is with words,” she said. With advances in computer science and neuroscience, people could eventually perform complicated tasks, such as flying an airplane, and dancing the tango, by transferring information in a noninvasive way from one brain to another. “You can imagine all complex motor skills, which are difficult to verbalize, are just chains of procedures,” Prat said.

More complex cognitive skills, such as understanding algebra and physics could also benefit from the technology. “Ultimately, it’s important education and training, especially when knowledge cannot be easily translatable into words.” she said.

Prat noted that some people might be nervous about this technology being used to control minds against their will. “The signal is being transmitted remotely through the Internet, but the humans are connected to physical equipment and must be trained to create the right signals. There is no way to control minds without their willingness,” Prat said.

[my comment] – Do they REALLY want us to believe this is not going to eventually be a microchip, small enough to implant in a vaccine shot?

At least for now, your mind is safe, but who knows where technology leads.

I think I know where it will lead: 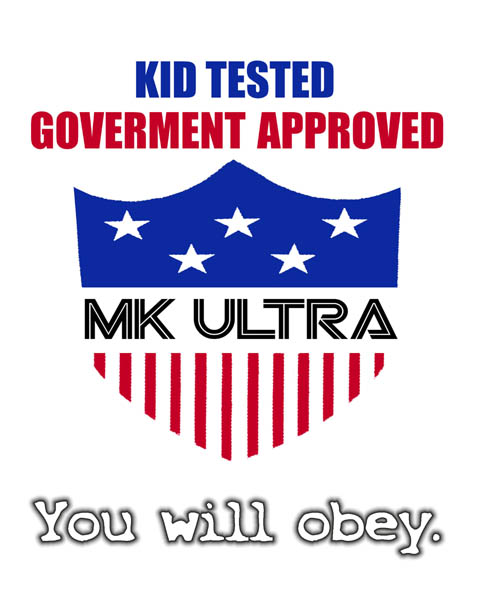 We’re from the government, and we’re here to help you.