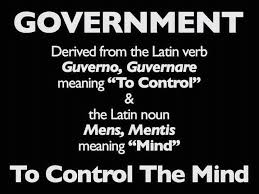 The United States Patent Office has a patent, #6470214, (which you can view yourself HERE) whose assignee is the United States Air Force, calling for the “Method and device for implementing the radio frequency hearing effect”.

Under the main heading we see this cryptic sentence:

The invention described herein may be manufactured and used by or for the Government for governmental purposes without the payment of any royalty thereon.

“A modulation process with a fully suppressed carrier and input preprocessor filtering to produce an encoded output; for amplitude modulation (AM) and audio speech preprocessor filtering, intelligible subjective sound is produced when the encoded signal is demodulated using the RF Hearing Effect. Suitable forms of carrier suppressed modulation include single sideband (SSB) and carrier suppressed amplitude modulation (CSAM), with both sidebands present….enabling intelligible speech to be perceived by the brain as any other nerve signal”

Further down, we read “The invention provides a new and useful encoding for speech on an RF carrier such that the speech will be intelligible to a human subject by means of the RF hearing demodulation phenomena.”

This, in effect, is the same thing the Army researched in 1997 which I document in my post Inconvenient Truth #11: Secret Army Paper on Microwave Weapons.

It becomes even more sinister when you realize that James Holmes, the Navy shooter, the woman who ran the barricades at the White House, and the man who was demonized as the Anthrax killer, Bruce Ivins, all said they had voices being transmitted in their heads.  Combining this effect with LSD or other hallucinegenics would cause the person to think someone was compelling them to do something against their will, i.e., Mind Control, just as outlined in my post Inconvenient Truth #9: Project Artichoke (The Manchurian Candidate)

"Orthodoxy means not thinking-not needing to think. Orthodoxy is unconsciousness." -1984
View all posts by SleepNoMore →
This entry was posted in Mind Control, MK-Ultra, Occult, Project Artichoke. Bookmark the permalink.